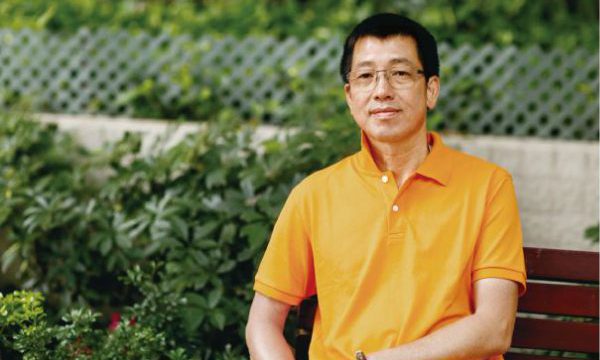 By Wen Guo Hui, Hong Kong
A testimonial about someone who suffered a condition similar to my own caught my attention.Perhaps, I thought, meditation was the path that could lead me out of darkness.
A car accident more than 20 years ago left me in a coma. I regained consciousness after several days but I couldn’t move. Through a series of treatments, I gradually resumed activities. Unfortunately, the accident triggered other diseases.

After resuming my activities, I continued to be plagued by lumbar and cervical pain. My blood circulation was poor, so I would be in greater pain during the winter months. I often woke up in the middle of the night in agony. For years I went without a peaceful night’s sleep. I sought various treatments, to no avail. Western doctors told me my condition was untreatable. Traditional Chinese Medicine wasn’t effective on me. I depended on the strongest painkillers available, and did some exercises in the hope that my condition wouldn’t worsen. Because of my pain, I could no longer work on the frontline of cargo transport. To my despair, I was transferred to office work.
My situation deteriorated further when I developed serious allergic rhinitis. There were so many polyps inside my nose that a surgery was required. A sarcoma developed. When ventilation and air quality were poor, my allergic rhinitis became so severe that breathing through my congested nose was impossible. I had to use my mouth.
Next I began to experience frequent bouts of acid reflux. After an evening meal, I felt the food was stuck in my chest and the acid in my throat. This occurred about five times a week. I tried eating dinner earlier, but there was no improvement. When medication proved ineffective, I became extremely depressed.

From Hong Kong to Malaysia

In order to alleviate the symptoms of allergic rhinitis, I traveled from Hong Kong to Malaysia. Through a friend’s introduction, my wife and I visited Klang Dragon Spring Bodhi Meditation Center. I brought home some DVDs and Meditation Health magazines. A testimonial about someone who suffered a condition similar to my own caught my attention. Perhaps, I thought, meditation was the path that could lead me out of darkness.
When I returned to the center, some enthusiastic practitioners taught me how to do full prostration. After more than an hour of prostration, my body felt very comfortable. Next, I tried walking Energy Bagua. Although it was my first experience of meditation, I felt a great sense of relaxation, a peace so profound that words couldn’t express it. Henceforth, I fell in love with meditation. Every day, I do two hours of prostration, along with four to five hours of Energy Bagua. After approximately 10 days of daily meditation, I started to experience a lot of discharge from my nose. It went on for days before finally clearing up. Once it cleared up, my nose was no longer stuffed and I could breathe easily from that point forth.
I particularly like the energy I derive from walking Energy Bagua. Once, during practice, I felt the bottom of my feet becoming burning hot, and the rest of my body felt hot too. Since that day, 30 minutes of Energy Bagua makes me perspire and gives me great circulation. Prior to this, I could hardly sweat.
Another miracle I experienced was spontaneous fasting, during which I didn’t feel thirsty or hungry. I slept significantly less yet was energetic. I maintained this state for approximately 20 days. Through this process, my acid reflux disappeared. It has been more than 18 months that I haven’t had any recurrence of acid reflux. I have not sought any other treatment.
My neck is no longer stiff. My cervical and lumbar pain gradually subsided and I can now move comfortably. In the past I could only reach my knees when I bent over, but now I can touch my feet. Most notably, my sleep quality has improved significantly – pain doesn’t wake me up anymore.

Understanding Myself and Life

Along with my body, I find my mind has been elevated through meditation. In December 2015, during a chanting session at the 8.5-Day Health Happiness Retreat, I cried for an hour. Relaxation and bliss embraced me after that transformative point forward.
Through prostration, I’ve come to understand the meaning of repentance and the law of cause and effect. I’ve become placid and tolerant toward others.
In addition, daily recitation of Grandmaster JinBodhi’s Golden Words has given me confidence. Grandmaster JinBodhi once said, “Always work hard and endeavor to fulfill your goal.” Bearing those words in mind, I carry out my daily activities with self-assurance.
Since being introduced to Bodhi Meditation, my life has improved in countless ways. Recovering from 20 years of disease is the greatest gift.
After returning to Hong Kong, I participated in a Health & Happiness Retreat and a Chanting Retreat in January 2016. With each retreat, I grow healthier and more self-assured, more confident of the positive possibilities that lie before me. I am extremely grateful to Bodhi Meditation for giving me a new lease on life.

The intent of the testimonial is to offer wellness information of a general nature. Individual results of practice may vary.